The field day kicked off at 11.30a.m. with about sixty people in attendance.

Trevor Peters open the speaking, followed by Chairman for day, Trevor Wilson.Robert Grant conducted the farm tour looking at crop. Wayne Nicol talked through ewe and lambs, 2nd ewes, which were in excellent condition. Radio tuned to 88.6 for commentary. Then returned to the woolshed.

Tour with Cameron Grant, this area was probably the highlight of their development programme. Sheep on property, excellent with mention of Peters Genetics, the increased lambing percentages.

Viewed 2th ewes - Clayton spoke on behalf of Peters Genetics, followed up by Shane Carter on the 2013 breeding plan for the group.

Throughout the entire Farm Tour, Wayne Nicol spoke on the progress of development, using the correct plan for the Grant Brothers. “Very Professional”.

Returned to Woolshed - Norman Eason addressed farmers on the use of Peters Genetics and the immense improvement at his property at Slope-Down. (Even said satisfies his Banker) Norman now has Andrew in partnership. (Younger generation).

Grant Cuff – CEO Alliance Group – Market update and merger proposal. This presentation was very good, especially with no notes and of the (Cuff!!)

Some points – China growth – Existing schedule currency equates to $50 less for lamb over 3 years. Out look better with all current lamb kill fully sold, no overhang like previous season.

Merger questions from T. Peters, W. Wadsworth, N. Eason, C. Douglas, Peter Grant and R. Allen – “Will it happen” - Not unless 80% commitment from Processors from all companies – and of course at what cost.

Peter Grant Snr., invited to address group – highlighted the development programme of the past and early history of the property. 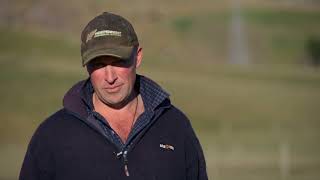